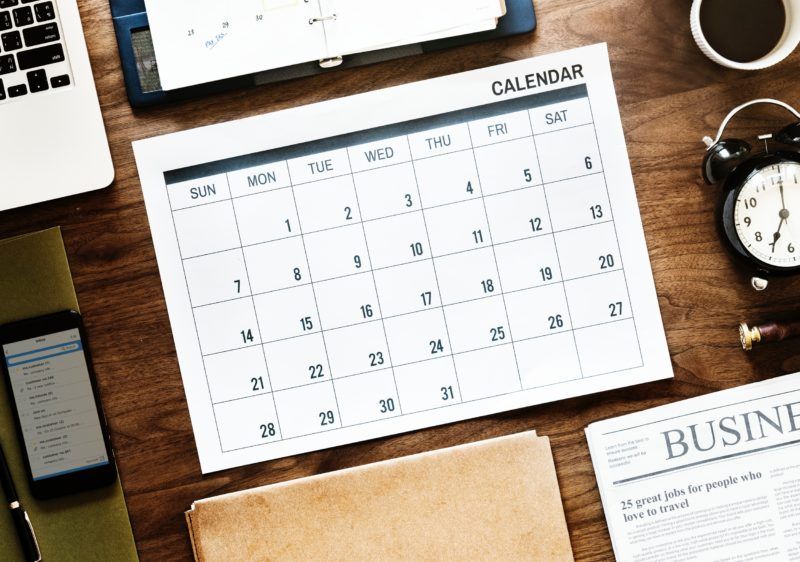 Written by Claudia Amendola on July 15, 2018. Posted in Uncategorized.

Keeping track of medication, symptoms, doctor’s appointments, screenings, in addition to all the “regular” aspects of my life can be draining. Just as important as making sure to be on top of my health, it’s as important to maintain positive relationships with important people in my life. This is why the notion of cancelling plans is such an unpleasant facet of my reality.

I’ve had to cancel plans. A lot. In the past-when I was in the horrendous space of being undiagnosed-it was so hard to maintain a positive attitude and I didn’t quite feel able to share my torment with those closest to me. I took solace in those years by pretty much isolating myself, which took different forms: encased in multiple medical tests, avoiding others, and ultimately the more successful way, by pretending it was overblown and if anything, not going to be worth the time wasted by so many endless, fruitless appointments. So I quit going to the doctor.

In that time, I vowed to live life, never cancel, stick to all my many plans. I’m not going to lie, it was likely one of the best times in my life. I felt more reliable, more present, more engaged, and more willing to participate in things I never had before. Then…as you may expect, things went awry.

Here I am now. I was told when I was first diagnosed that I had Crohn’s undiagnosed for at least ten years. In those undiagnosed years I was told I had IBS, had been evaluated for MS (twice), had a few legit cancer scares, but ultimately no real answer. My oldest and closest friend (a medical doctor), told me he knew I had Crohn’s and that I consistently presented with classic symptoms, and continues to be horrified that no one had ruled that out earlier. I told him when I was in middle school, I had a doctor tell me that I was “too old” and that Crohn’s is diagnosed in younger pediatric cases.  My parents are medical doctors, and even though it comes from a good place, they’re pretty skeptical still of my diagnosis (bless them). My mother has no colon, but refuses to acknowledge that she has Ulcerative Colitis (so that explains a lot, right).

I had my first MRI at seven years old (for intense migraines with aura). I can tell you that at 33 years old, I’ve had more MRI’s than I can count. I’ve had numerous scopes, procedures, blood work, all types of bizarre exams (ever had an ultrasound on your eyeball? Barium enema? What about a visual evoked response exam-I had to do that one twice). Being sickly has always been a part of my identity, just as much as the physically fit aspect has been as well. The duality of the hyper-awareness of my health along with the comforting denial has been there since the beginning.

I tend to force myself to do things. I have accomplished many things that I am very proud of doing with this mentality. I’ve run a marathon, countless races, I’ve obtained a doctorate in a field I am passionate about and continue to enjoy immensely. None of these are small feats. In many aspects, pushing through has shown some positive results. However, as I have come to learn, it has also come with some negative ones.

When I cancel plans, I take the time to be aware of my health and the impact of doing vs not doing something has on my well-being. I hate cancelling. I know it might look “flaky” or inconsiderate. I worry that it will lead me to have less significant/reliable relationships (and I’ve lost people I’ve considered to be friends in the past).  Ultimately, the social group that is flexible and understands the truth behind the cancelled plans, is the social group that truly understands that my health is not 100% and that it’s OK for me to step out last minute.

It’s not easy to cancel, but I’m learning to be kinder to myself in the process. It’s all about finding a balance. Me pushing myself to lead a healthy lifestyle, eating healthy and exercising when my body allows it, has likely led to me being more able to manage my disease. Me learning to be OK with taking time to rest, not feel guilt over it, and focus on healing, is still something I am working on.

A friend from the PSC community recently told me this: “I hope your disease progresses slowly and that you have many good days ahead.” I think about this often and am grateful for the kind words. Sometimes, however, when I cancel plans I worry “am I potentially depleting or missing out on the ‘good’ days left?” That thought, makes me sad and longing for a different reality than the one I’m currently facing. So I reframe that thought with this one: “by listening to my body, allowing it to rest and heal, perhaps I’m extending those good days left.”