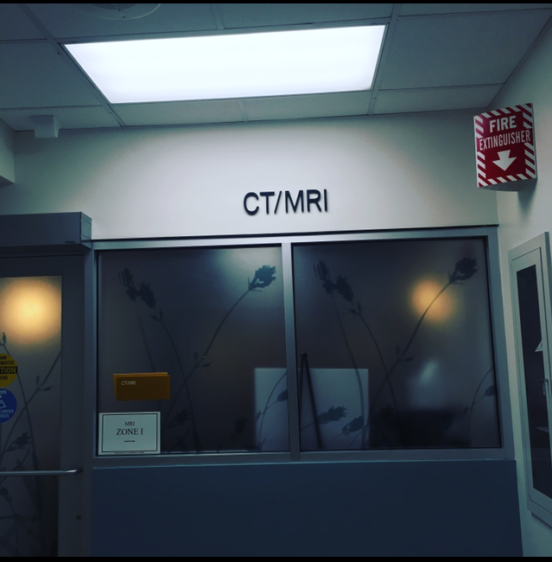 Written by Claudia Amendola on May 24, 2018. Posted in Uncategorized.

Every six months I get to have a Magnetic resonance cholangiopancreatography (MRCP). An MRCP is an MRI of the liver and bile ducts, and is meant to check for any biliary obstructions, as well as provide detailed images of the liver, gall bladder, and pancreas. The MRCP also diagnoses Primary sclerosing cholangitis (PSC).  I had my first one about six months ago, and that was what diagnosed PSC.

Now, it is necessary to monitor the progression of this illness.

The first time I had to get this done, I was pretty optimistic I would not be diagnosed with this illness-just didn’t seem possible as it’s so rare, and well, aside from Crohn’s, I’m quite healthy (“aside from Crohn’s” is pretty indicative that I’m likely not as much). I stood in the changing room with two other women, and as often happens when met with awkward silence, we started to talk. One woman had been diagnosed with  breast cancer twice and the other woman was being screened for lung cancer given her long history of smoking. They looked at me with my IV in my arm (as they prepped me, but had to set up the machine first). I didn’t remark on the PSC, but shared that I had Crohn’s disease and was in for screening. Their faces etched with concern, like I was way too young to be there, and one asked what Crohn’s disease was. I informed her it’s an autoimmune disease that affects the entire digestive tract. She made the rather insensitive, but in no means unusual, comment of “I bet I have that, my stomach is a mess!” I merely just smiled and said “well, I hope you don’t!” I don’t know the outcome of these ladies MRI’s (I hope they were OK), but I know mine: PSC.

Per the report: “Specifically, there is beading and strictural narrowing of multiple intrahepatic bile duct branches, most pronounced at the main intrahepatic biliary ductal
bifurcation. There is pruned appearance of the peripheral biliary branches as well.
The extrahepatic common bile duct is narrowed along its length and also appears to possess few subtle short segment stenoses as well as.”

“MRCP revealing pruned appearance of the intrahepatic biliary ductal system with multifocal areas of beading and strictural narrowing which is most pronounced at the main intrahepatic biliary ductal bifurcation. There is also stenosed appearance along the
entire length of the extra hepatic common bile duct with few short segment stenoses as well. Given the history of Crohn’s disease, these findings are CONSISTENT WITH THE DIAGNOSIS OF PRIMARY SCLEROSING CHOLANGITIS”

I particularly like how the radiologist put it in all Caps, as if he is yelling the results out to no one in particular. Maybe he’s proud of himself for diagnosing this rare disease? I know that I was taken very much aback from this and so was my GI doctor-who is a lovely human and told me quite frankly the next day that “it’s not a great disease to have” but I’m asymptomatic (not jaundiced yet) and that’s always a good thing.

So why all the MRCPs? Well to check how this illness is progressing, and ultimately to catch it before it becomes something else: cancer or cirrhosis. Cholangiocarcinoma, cancer of the bile ducts, is a rare but rather aggressive cancer, but if you catch it early that’s usually a good thing. https://www.cancer.org/cancer/bile-duct-cancer/causes-risks-prevention/risk-factors.html

Also to check for other cancers-liver, gall bladder, pancreatic. Not to mention, make sure the liver is doing alright: fibrosis and cirrhosis are other aspects of PSC. Why is that? Well, as my MRCP results say words like “strictures” and “stenosis” this typically means that there is scarring, which is ultimately going to mean that bile is going to have some difficulty getting through where it needs to be and possibly being backed into the liver (no bueno) and/or cause enough scarring to put a lot of pressure on an important portal vein, which can affect the blood flow into the liver (“portal hypertension”-also no bueno). Thinning bones and chronic infections are also common, as is the ever present threat of colon cancer.  https://www.mayoclinic.org/diseases-conditions/primary-sclerosing-cholangitis/symptoms-causes/syc-20355797

When I was first diagnosed with it, in a matter of days my world was turned upside down. I went from being informed I was facing remission after a successful colonoscopy-methotrexate and remicade working wonderfully-and that I could get colonoscopies once every three years as opposed to every year. Suddenly, mere days later, I was informed that remicade had finally failed, I had PSC, and would then have to have colonoscopies every year as both Crohn’s AND PSC now really ups the colon cancer risk. KINDA WHY IBD SUCKS.

See. Now I’m using all caps like said radiologist. The reason why is because this is probably the hardest aspect of the disease for individuals like us to deal with and for those around us who don’t have it, to understand. This disease is a roller coaster. One day you’re doing amazing-the other day you’re in the hospital facing life threatening issues. Even if we follow a strict diet and exercise plan, we can still have a flare, because ultimately while diet can certainly help, it’s not a cause/cure for this illness. There is always the hope for remission, but there is no cure, and while remission is a goal, it’s understood that it might always pop up.

A colleague of mine said it best: The most important thing for us to do in dealing with these illnesses is NOT be stressed, but a lot of these doctor’s appointments, medications, and screenings, are sometimes a main cause of stress.

Getting back to the MRCP though. Am I nervous? Sure. However, I would be way more nervous if I didn’t have a health care team aware of the necessity of screening. So not getting MRCPs at this point, would be way more scarier then getting them.

I’ll make sure to rest after the procedure (which is painless, but long), and take it easy as much as I can this weekend. Doing exercise, getting as much rest as I can, and eating healthy. Hope everyone reading this is able to find some time to do the same.

Update: Got the MRCP result this morning, and apparently everything is the same with the newest feature being “periportal edema.” In other words, this disease is slowly progressing towards cirrhosis/liver failure. Which is as expected.